“[Without GGNLaw], I would have been railroaded by the insurance company”

I was referred to Gary Norris by a friend and I’m so blessed I was. I was attacked by a dog and went to have a consultation with Gary. He clearly explained my options, stated procedures, costs and charges to pursue my case with the insurance company. Had I not hired Gary Norris as my attorney I would have been railroaded by the insurance company. Gary watched out for my interest, explained every step to me and handled everything with professionalism. My trust in Gary’s ability to handle my case was like I was hiring family. I would highly recommend Gary Norris. ~ Dawn S.

“I would recommend Gary to anyone…”

I was very lucky to get a referral to seek Gary’s professional knowledge. Gary and his staff (thanks Kristi) are very professional and knowledgeable. My questions were always answered quickly. I was frequently updated on my case. I would recommend Gary to anyone who needs a great, thorough, honest lawyer. ~ Karen H.

“I really felt like he put himself in my shoes…”

It took me exactly three minutes to decide I needed Gary fighting my case in our consultation. And today, the day we settled, I am glad I picked him. I didn’t even have to explain to him what outcome I was looking for. He just listened to my situation, then told me exactly how he would fight my case, what the timeline would be, what he would need from me, and what I could expect from him. Every single time I talked to him, he answered every question I had – almost before I could think of them. He is incredibly quick-thinking and will keep going until he gets results. I was also very impressed because I would run into him sometimes at my work and he always knew exactly where my case was off the top of his head. I feel like his knowledge and prior experience working for a car insurance company really gave us an advantage too. The greatest thing was that I really felt like he put himself in my shoes and knew the stressors I was facing and took them into consideration; I don’t think any other attorney would have done that or even could have done that. He is truly talented at what he does and has something that other lawyers don’t. I’m praying I’m never in another car accident or no one I know is, but if so, I’m holding on to his number just in case. Thank you so much, Gary, for all your hard work and understanding!

“Gary was unyielding to our opposition…”

I was involved in a serious auto accident which threw my world upside down. Several months of hospital, doctor and rehabilitation followed. Nearly a year after the accident I knew there were still many physical issues for me to overcome an I was at a loss as to what direction to take. I had never rendered the services of an attorney, but I thought I needed legal advice from an expert in injury cases. After several interviews with various law offices, I met with Gary Norris and shortly after our introductions I knew Gary was the attorney I had been searching for. Gary was sincerely attentive to my concerns. Gary was unyielding to our opposition and never once letting his guard down. This resulted in a successful outcome for me and my family. Because of his tenacious desire for the best outcome possible I would refer anyone needing honest and sound legal advice’ Gary Norris in a heartbeat.

“awarded the money we deserved without delay…”

We were hit by an insured driver, causing serious damage to the boat we were towing. The insurance company for the at fault driver refused to pay all the expenses that we were entitled to for the repairs. We contacted Gary Norris and he dealt with the insurance company in a quick and concise manner, while making sure we were well informed of the progress. We were awarded the repair money we deserved, without delay. We will not hesitate to call Mr. Norris if we ever need further legal counsel.

“I never thought I would write a thank you note to an attorney, but…”

I have never had the opportunity to require the services of an attorney in the past. I got a referral from the senior center for two attorneys. The first one said he would not take my case because “you can’t win a case against ** company.” I called the other attorney, Gary Norris, who agreed to be my attorney. He proceeded with mediation as I didn’t want to go to trial, and he won the case for me. During the process he met with me and my family and patiently explained the process. I never thought I would write a thank you note to an attorney, but I was impressed, I felt he earned the plaudits.

“able to settle the case through mediation…”

I was involved in a slip and fall accident resulting in substantial injuries. With the help of Gary and his staff we were able to settle the case through mediation without having to go to trial. I would highly recommend for any of your legal needs.

“Gary made a stressful experience tolerable…”

It was my first experience being a victim in a civil case and Gary was wonderful and made a stressful experience tolerable. If I ever needed legal help again I will be seeing Gary Norris. 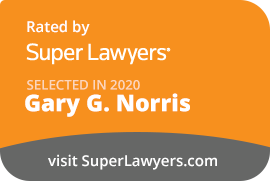 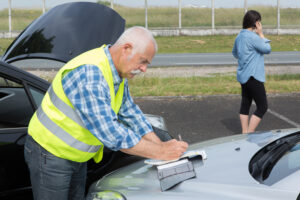